It has been two weeks after the first fire reported from the ship. Since then the fire has already extinguished but authorities said that there is an unrecognizable white smoke coming from the cargo holds 1 & 2. The efforts are still going to extinguish the fire.

Initially, the fire has appeared on the 20th of May, and on the 25th of May, there was an explosion onboard that caused the fire rage more strongly. But on 27th May Firefighting vessels were able to control the fire before the vessel disintegrate or sink.

How the vessel got sunk?

On the 31st of May, salvage teams have entered the ship and they have confirmed that there are no visible flames. Also they have examined that the engine room has flooded and they have assumed that it will affect to the stability of the ship.

During the towing operation, the aft of the vessel has been grounded in a 22m deep seabed. They couldn’t able to tow the vessel not more than 500m. On the 3rd June morning, the vessel has partially sunk and appears to see only 50m of the bow of the vessel above the sea.

However, the Sri Lankan authorities are still cleaning up the marine debris that has washed up to the shore for more than a week. This incident has already ruined the western coast of Sri Lanka for 75 miles and also it has heavily impact sea creatures, ecosystems, and wildlife.

The sinkage hasn’t interrupted the normal passage of the vessels coming to the Colombo port but it has affected the local fisheries. Authorities report that if there are any oil spillages after the ship got sunk, they won’t be able to bare the 378 tons of oil but anyway they have already taken safety precautions. 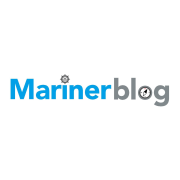